General
In the wild, the Golden Enoki is found in the mountains, often near the snow line, where they grow in woods.

Description
The Golden Enoki grows in clusters and has narrow, tapered stems and hemispherical caps.

Storage and shelf life
Cut the mushrooms from the base. You can discard the base.
The mushrooms can be stored on the base for several days in the refrigerator.

Flavour and use
In traditional cuisine, Golden Enoki are cooked lightly and served in soups or sautéed with vegetables and meat. Enoki are also often served raw in salads and sandwiches. The flavour of the Golden Enoki is described as sweet and fruity.

Cut off the base before use. The stems are edible. The Golden Enoki combines wonderfully with all sorts of ingredients and dishes. 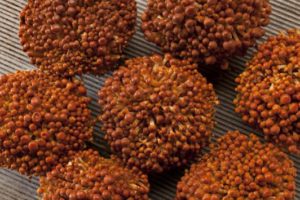